AVAYA Telephone system is a complete intelligent communications solution with full-featured telephony/voice communications, networking, messaging and contact center capabilities. Avaya Telephone System Works with traditional circuit-switched and IP lines. Companies can add data and IP telephony capabilities as needed, and it can function in either PBX or key system mode. Avaya IP OFFICE is an IP PBX Hybrid system in a compact and easy-to-deploy unit.

PBX is an automatic telephone switching system within a company that allows for the efficient management and monitoring of avaya telephone communications between employees and clients. With the addition of moving voice data over an IP connection through VoIP and the integration of traditional switchboard functions, a range of new features opened to businesses. 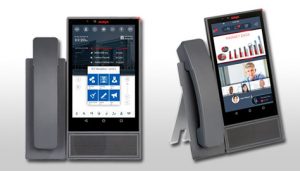 The Avaya IP Office PABX System is designed specifically for businesses of between 4 to 1000 users and delivers the same communication capabilities of large enterprises. This solution unifies communications, providing employees with a solution that allows them to handle all their business communication on the device of their choice: laptop, mobile device, office or home phone – using wired, wireless or broadband connections.The New Avaya IP Office Version 10 Packed with more advanced features such as webrtc and workforce optimization.

Features of the Avaya telephone system IP Office include: 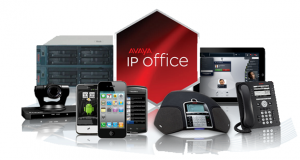 The Avaya telephone system IP Office is Avaya’s primary product line for small to medium-sized businesses. It is a hybrid PBX that is legacy digital technology at the core, but adds on VoiP and SIP support. The Server Edition is Avaya’s newest addition to the product line, and is delivered on an HP server. IP Office is a highly modular IP telephone system designed to meet the needs of home offices, standalone businesses, and networked branch and head offices for small and medium enterprises. The award-winning IP Office gives growing companies a complete solution for telephony, messaging, networking, conferencing, customer management, and unified communications. 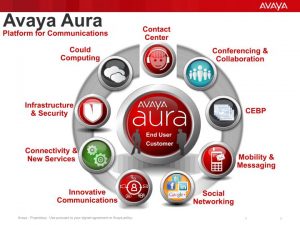 Provide advanced unified communications and contact center solutions throughout your enterprise. Integrate and deliver voice, video, data, and web communications applications and services to your team anywhere—whether they’re in the office, or on the go.
Rely on a platform that delivers rock-solid reliability and remarkable adaptability—and lets you support new collaboration capabilities, applications, and customer services immediately. Choose from more than 700 features and an ever expanding, customizable applications portfolio. Plus, count on unrivaled scalability and flexibility to support everything from click-to-dial video conferencing to sophisticated contact center systems, in locations from small branches to corporate headquarters. Keep up with change and business growth. Continue to expand your communications functionality in ways you never would have imagined.

The way we work is changing. Workers are more distributed and mobile than ever before. In this environment the ability to connect and collaborate is essential to create alignment within teams, drive decisions, minimize business latency, innovate, and establish competitive advantage.
What’s more, the people we need to collaborate with are often located outside of enterprise boundaries with our engagement needs extending to upstream supply chains, services partners, and downstream channels and customers.
While work has changed, so has the technology that allows people to engage. Avaya Aura Conferencing brings audio, web, and video conferencing into a single platform that can be used as the foundation of a unified communications experience, or offered as an over the top conferencing solution.

Achieve excellent video performance in real-world network conditions, with crisp, smooth quality, stellar bandwidth efficiency, and error resiliency. Boost productivity and enhance relationships with video conferencing solutions for conference room systems and desktop applications. Our solutions enable participants to interact as if they’re all in the same room, face to face—with the ability to collaborate on documents, spreadsheets. and other content. Contact Avaya or an Avaya Authorized Partner to explore conferencing solutions for your business. 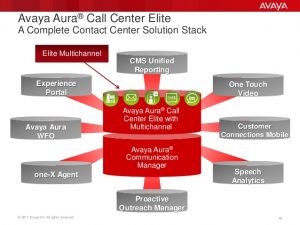 Mounting pressures in today’s marketplace — increased competition, squeezed budgets, and high customer expectations for service — have presented challenges for organizations of all sizes. With the competition tougher than ever and limited organizational resources, it is almost impossible not to feel like you are constantly playing catch-up. To succeed, organizations must find ways to overcome these challenges.

Avaya PBX offers many features that will help you run your business smoothly. It also provides you with a wide range of options for customization.

The company offers its products and services through different channels such as online, mobile apps, and physical stores.

Avaya PBX is one of the leading providers of communication solutions. It has been offering its services since 1995. Avaya PBX is an American multinational corporation based out of California. It was founded in 1995 by Avaya Inc., a subsidiary of Hewlett Packard Enterprise (HPE).

You can also avail our services at affordable prices. We provide high quality products and services to our clients. Our team of experts will help you choose the best product according to your needs.

Avaya PBX provides you with an array of features such as call recording, voicemail, conferencing, faxing, email, web browsing, etc.

Avaya PBX also allows you to connect multiple devices at once using the Avaya Connect feature. This means that you can make calls from any device connected to the system. You can even use the Avaya PBX to control other systems remotely.

Avaya PB X is a cloud based solution which allows you to access your phone system from any device. You can also use it to make calls from anywhere at anytime.

Avaya PBX is a cloud based solution that provides you with various tools and features. It offers you an easy way to manage your business efficiently. With Avaya PBX, you can connect multiple devices at once. You can also use the Avaya PB X to control other systems remotely and make calls from any device.

Avaya PBx is a hosted service which gives you complete control over your phone system. You can choose to host your own PBx or opt for a hosted option.

Avaya PBX has been designed to provide you with a reliable and secure communication platform. It allows you to communicate with your colleagues, clients, customers, partners, and friends easily. Avaya PBX is available in different packages and plans.